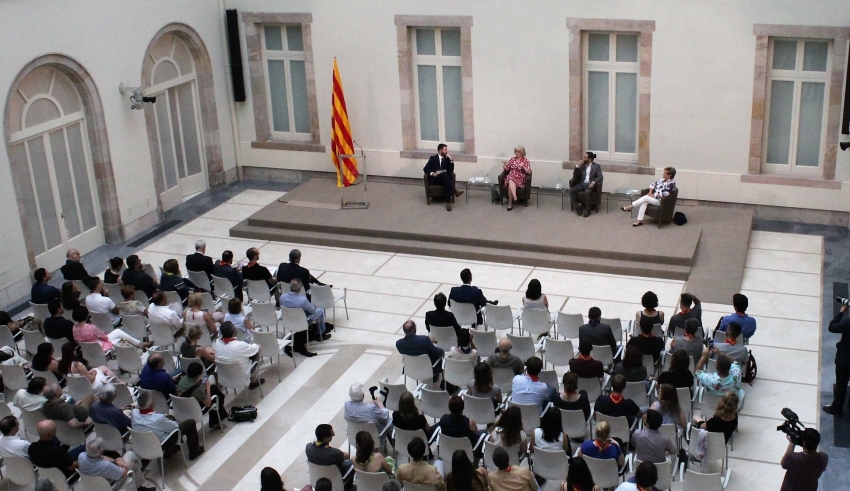 In 1997 twenty-five out of the one hundred and thirty-five parliamentarians of the Parliament of Catalonia, from all parliamentary groups, created the National Association of Scout Parliamentarians of Catalonia (ANPEC, from its name in catalan), which also brought together deputies from the Spanish Congress, Senators, and MEPs. It took the example of similar associations, such as the British or the South Korean, and of a hundred other countries around the world. All these associations are a meeting place for former Scouts with legislative responsibilities to work across the board, related to the policy of Youth and education, and support for Scouting. On June 20th, the Catalan Chamber has solemnly celebrated 20 years since the creation of the ANPEC, and the work that has been developing since then. At the Catalan level, the ANPEC has promoted collaboration in actions linked to the Youth Policy Commission, which brings together parliamentarians and members of youth associations.

During these 20 years, the ANPEC has participated in four General Assemblies of the World Scout Parliamentary Union (WSPU): Philippines 1997, Poland 2000, Egypt 2003, and Sweden 2016. Also, in 2002, its deputies met the general secretary of WOSM, Jacques Moreillon, in his visit to Barcelona, to exchange views on youth and educational policy issues.

At the commemoration ceremony, where a hundred members of the Scout Movement, former and current Parliamentarians and the Minister of Culture attended. The current President of the ANPEC, Deputy Fabian Mohedano, highlighted the importance of the political transversality in support of Scouting, especially in the historical moment that the movement is living focused on achieving a united Scout that is capable of responding to the challenges that young people have today. Similarly, the former ANPEC and Parliament president, Ernest Benach, has noted the strength of the movement by combining its convictions and social involvement with apartidism.

The event has consisted in a debate among parliamentarians from different political forces and  has ended with the honorific President of ANPEC and president of the Catalan Parliament, Carme Forcadell, who has highlighted the contribution of Scouting and its values in Catalan society. 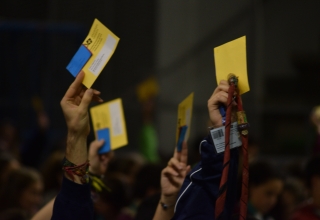 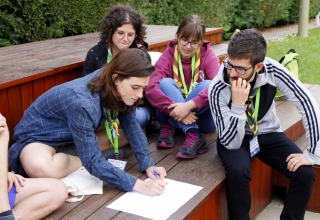 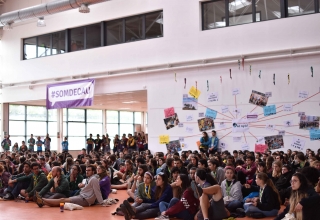